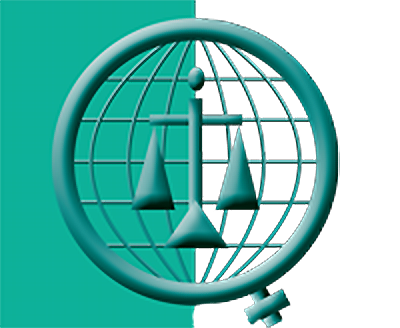 On January 17th 2021, two women Judges in Afghanistan were assassinated in Kabul. The Hon. Fazia Herawi and the Hon. Qadria Yashini were on their way to work in the morning when unknown assailants ambushed and fired on their official vehicle. A third female judge and the driver were also wounded in the attack. They were the latest victims of targeted killing of high-profile figures that had been carried out over the preceding months, despite peace talks between the Taliban and the Afghan government being held in Qatar.

Women judges in Afghanistan, who number more than 250, evidently face a precarious position. Despite the high risk to their lives and families, these remarkable judges continue to uphold their duty to the rule of law and the administration of justice. At the IAWJ conference, we were honoured to hear about the experiences of two female judges in Afghanistan and to pledge our support as fellow judges and members of the legal profession to the protection of their positions.

The panel began with an introduction by the Hon. Patricia Whalen who has served as a judge for more than 20 years, including five years as an international judge in the War Crimes Chamber of Bosnia and Herzegovina. Judge Whalen discussed her profound respect for the two panellists. She noted how in 1996, when the Taliban took over Kabul, women judges were removed from office and prohibited from working. After the withdrawal of the Taliban, women were removed to their positions, but the memory of their removal could never be forgotten. Judge Whalen later established, as part of the IAWJ network, the Afghan Judicial Education Program, facilitating cross-cultural judicial learning between the United States and Afghanistan. This program led to many discussions on how both legal systems had many commonalities and areas for reform — better access to justice, comprehensive human rights laws and stronger laws to protect violence against women. However, while Judge Whalen could work in a system that was secure and do her job free from fear for her life or undue influence, every daily act for a female Afghan judge is one of courage. Female Afghan judges embody the rule of law and work tirelessly to act with integrity in face of this danger. Judge Whalen invited us to hear from the two panellists and, as members of the IAWJ, to continue to push for their security.

The first panellist discussed the current situation women judges are faced with every day in Afghanistan. She is a senior member of the Afghan Judiciary. She explained how women judges work despite fear for their lives, their livelihoods and the safety of their family and loved ones. Many members of the judiciary have been killed or otherwise affected by these attacks. In particular, women judges receive no assistance or support from the courts or the government to enable their safety. Nevertheless, women judges in Afghanistan have had the resilience, strength and devotion to the law to continue to fulfil their judicial duties. She also emphasised how women judges play an important role in maintaining the trust of Afghan women in the judicial system and the need for these judges to travel from Kabul to the villages to assist women living in poorer socioeconomic circumstances. She called for the IAWJ to continue to help with access to facilities such as computer classes and legal courses, as well as to advocate for their safety and security.
The second panellist was also a senior judge in Kabul. Her talk centred around everyday life for a woman Afghan judge, in particular since the assassination of Judge Herawi and Judge Hashini in January. She noted that this tragedy had a significant effect on women judges, who continue to work despite the very real and targeted risk to their lives. The strength and resilience of these women is reflected by their overriding duty to the law and devotion to ensuring justice is done in Afghanistan. She highlighted how Afghanistan has had issues towards women for many years and that it was imperative that organisations such as the IAWJ continued to help and support the female members of the judiciary to maintain their important roles.

Special awards were presented to honour the lives of the two female judges who lost their lives in January by the outgoing IAWJ President, the Hon. Vanessa Ruiz, in recognition of their devotion to the law and their service to the judiciary. Judge Ruiz outlined the important role played by Judge Herawi and Judge Yashini in the Afghan judiciary and their significant work in furthering human rights and gender equality in Afghanistan. We honoured the lives of these two remarkable women and pledged our support for all female judges in Afghanistan.

As a result of this panel and the bombing of the all-girls Sayed Ul-Shuhada High School on the same day in Kabul, two resolutions were unanimously passed by the members of the IAWJ. Both resolutions were explicitly approved by the Afghan Women Judges Association. In the first resolution, IAWJ members condemned the attack on the girls’ school, standing in solidarity with Afghan families in expressing their condolences for this tragic loss of young lives. The second resolution concerned the ongoing plight of women judges in Afghanistan. IAWJ stands with the women judges of Afghanistan in this uncertain time. Threats against women judges continue and are direct attacks to the rule of law and the participation of women in the judiciary. IAWJ members resolved to call on the international community to ensure that women judges are respected and allowed to continue to perform their judicial duties without harm or threat of harm. Both resolutions are available and can be read in full on the conference website and the IAWJ website.